Evolution PCC has a board of Directors with enormous industry expertise from reinsurance broking to underwriting to captive and protected cell company management.

Will started work as a reinsurance broker in the City of London in 1991 and became an Underwriter in 1997. He has worked for Aon Benfield and Munich Re Group where he specialised in Financial Structuring and Fronting Insurance. Will joined Evolution Insurance Company Gibraltar in 2007 and promptly founded Evolution Insurance Solutions Ltd in the UK. Since that time he has also established Evolution Insurance PCC in Guernsey and has worked closely with Robus Group to create consistent growth for Evolution every year since he joined. 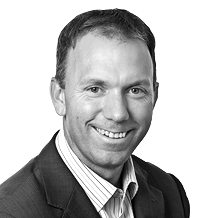 Jamie has a wealth of experience in the insurance industry having previously worked with Aon for 13 years, acting as the Operational Executive on a wide range of captive insurance and protected cell companies. The clients were globally based across diverse industries such as aviation, dairy, technology, construction and financial services amongst others.

Jamie held directorships on the Board of numerous companies under management and was also the Head of Treasury for Aon Guernsey. 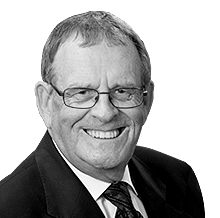 Barry has taken part in two significant Management Buyouts; the first involving a UK Construction Company with an annual turnover of some £750 million, which was successfully disposed of in a trade sale. The second was the company, which after “Desert Storm”, won the contract to adjust the war reparation claims in Kuwait for the UN and Kuwait government. This company, of which Barry was a substantial founder / shareholder, was developed into a broadly based insurance services group and successfully floated on the UK stock market.

Barry continues to provide advice to a number of Private Equity providers as well as insurance companies. In recent years he has utilised his own family financial resources to found, “rescue” and successfully expand a variety of commercial enterprises. 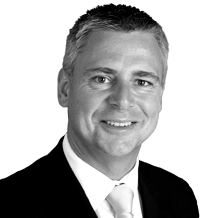 Richard is a Financial Services professional with 25 years of experience. He is a Chartered Director (FIoD C.Dir), Chartered Certified Accountant (FCCA) and Chartered Insurer (FCII). He joined Robus in 2017 having previously held high profile positions which include Chief Operating Officer of Aon Insurance Managers (Guernsey) Limited, Managing Director of JLT Insurance Management (Guernsey) Limited and the Head of Locate Guernsey.

Richard has been a director on a wide portfolio of insurance, reinsurance, risk finance, trust and financial services companies as well as a director of private equity structures.