A Protected Cell Company (PCC) is one legal entity divided into the Core and multiple Cells.

Separately identifiable Cells are created and owned by the same or separate cell users under which the assets and liabilities of each cell are legally segregated and ring-fenced from each other under statute.

Cells can issue insurance policies and access reinsurance markets, just like a standalone insurance company. As such, PCC cells can be used for a variety of purposes, including; captives, reinsurance arbitrage, fronting, and special purpose vehicles.

PCCs have a number of benefits, including relatively low set up and administrative costs, speed of set up and exit and the flexible allocation of capital (there is no minimum for each cell).
PCCs have gained world-wide acceptance since they were created by legislation first passed in Guernsey in 1997, with more than 40 domiciles having since adopted similar legislation. 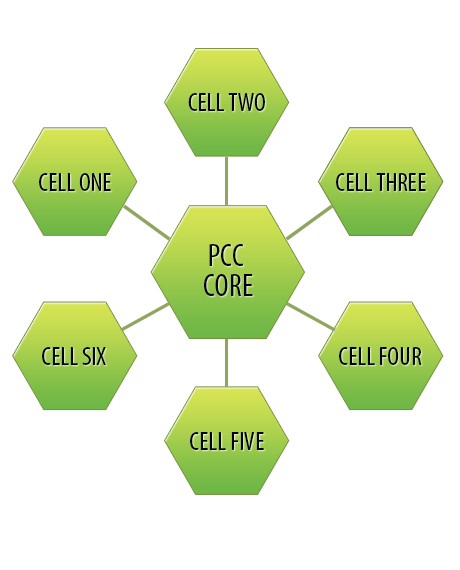 Evolution PCC was established in Guernsey at the start of 2011 initially to write niche insurance products from an offshore domicile and in turn reinsure its cells with specialist Lloyd's underwriters. Evolution PCC is also able to offer entities an alternative to having to utilise a stand-alone incorporated captive company.


Evolution PCC is managed by Robus in Guernsey who employ some of the leading insurance PCC experts in the world with market leading experience of cell set-up and on-going management. Should you require any additional information on the activities and capabilities of Evolution PCC then please do not hesitate to contact William Bidwell in the first instance or a member of the Robus service team.